After The Wedding (Part 3)

Kathi was flat on her back breathing hard with Pete still grouping her tits and her moans were all it took for Mike to get motivated. He took her legs and crossed them telling her to roll over. As she complied, he lifted her hips up bringing her into the doggie position and he quickly pushed his cock into her waiting and aching love hole. She noticed Pete's cock inched from her mouth and latched on surprising him and making him moan with pleasure. Jack lay on his back and slid under her torso and began sucking on her hanging tits with abandon. Mike began a slow steady pace rocking back and forth bringing his cock almost completely out before slowing pushing it all the way back in. I could tell Kathi was going to get a good long one out of Mike.

I heard a moan next to me and I turned my head to see Jeff was now on his knees with is head under Lynn's wedding gown and I saw a pair of panties on the floor next to him. Plus, Lynn was propped back on one arm in a semi reclined position and she had her other hand completely down the front of the top of her gown caressing her own breasts while her husband was obviously busy with her pussy while she still watched the action.

I got up and went to the bar and open another Pepsi to help with my dry mouth and to give my own aching cock a chance to get moved a bit. As I stood there drinking my soda, I heard Lynn say "Oh my" and I noticed she was looking at the tent in the front of my tux pants. "You really do get turned on sharing you wife don't you?" she asked. "Oh yes" I replied. "It is a fantastic turn on and I just wish there was another guy or two to really tire her out"

She closed her eyes and moaned a bit as what I told her mixed with her husband's mouth amped up her juices. "It is turning me on too." She breathed out with a shudder as a small orgasm swept through her body. "Would you please unzip the back of my gown, it is a little too tight for what I am doing." I walked to the foot of the bed to get to her back and carefully pulled the zipper down about 6 inches. "All the way please." She asked when I stopped. As I got the zipper down to the end she pulled the formed part that holds the breasts in place, down exposing a very sexy little white bra. "Mmmmmmmm" She moaned, as she lay flat and began using both her hands to massage her no longer confined breasts through her bra.

"Oh my God, this is so HOT!" Lynn exclaimed.

I tore my eyes away from watching my wife and glanced down at Lynn to see she had unhooked her bra and was now playing with her totally exposed breasts with the pinkest nipples I have ever seen! She looked up at me and smiled asking if I liked what I saw. "Are you kidding?" I replied, "Between my wife and the guys and how beautiful you are, I just hope the guys can go a second round with her so I can watch both of you!" "Me too" she stated. "I have never been so turned on"

He had this really strange look on his face as what she asked sunk in. Between the booze all evening and the male libido, you could see he really wanted to but was unsure if he understood correctly. Lynn batted her eyes as she stretched out another "Pretty Pleaseeeee, I am soooooo turned on"

Just then we heard Mike grunt as he finally reached his orgasm and Lynn said, "Now honey, fuck her good for me"

Jeff walked on over to the guys and my wife and told them to turn her back onto her back and to make sure they sucked on her tits while he fucked her too. He kneeled between her legs and grabbed her knees pulling her onto his enlarged cock while Mike and Pete each took one side and began sucking on her tits. Jack began to French kiss Kathi as Jeff began to slide his manhood into my willing wife.

"You should enjoy this" Lynn said to me. "He can fuck for an hour after he cums once already" And I was treated to the sight of my wife being pleased by FOUR men at once and also a beautiful bride with her sweet pink nipples exposed watching her husband making my wife moan. It only took a few minutes before she lay down on her side on the bed so she could watch from a more comfortable position. I had trouble deciding which was sexier, the group action or the bride as she once again began playing with her own breasts and her other hand made its way down her dress to pull it up for access for her fingers. "You were not kidding" she said, "I have never been wetter. Watching my husband fuck your wife is making me soak the bed!"

We watched the action as all five of them were lost in their own sexual abandon and we listened as my wife had one orgasm after another and the guys just kept it up, touching, kissing, fucking, sucking, it was incredible.

That's when I got the surprise of the evening. Lynn had been playing with herself the whole time and had been wiggling and moaning while we watched and I had not noticed she had pulled her dress off and was now on all fours on the bed with one hand fingering her pussy and her head tilted up still watching her husband when she said, "Scott, please get behind me and fuck me. I need your cock in me NOW!" I was shocked but when she reached out and grabbed the front of my pants and pulled me onto the bed, tugging my zipper down, I decided I would not disappoint this sexy lady. As soon as she freed my cock, I scooted behind her and placed the head of my throbbing member at her soaking wet opening and before I could push forward, she pushed back impaling herself fully upon my raging hardness. She brought us to a rhythm that was in sync with her husband's thrusts into my wife, softly moaning out over and over how hot she was.

I knew I would not be able to last as long as her young husband, so I thought I would help her along and put my thumb in my mouth getting it wet then bringing to her puckered back door. As I applied pressure and it began to slip in, her breath caught and her rocking stopped and she turned her head to me. I could see in her eyes she was unsure about this and I told her to trust me. She nodded and I took my other hand and brought in down under my cock to touch her engorged clit. I rubbed her clit as I eased my thumb into what I know knew was a virgin back door and once it was in to the hilt I began to rock my hips back and forth bring my cock in and out of her steaming hot pussy never stopping my fingers on her clit. It only took two or three minutes but she began to groan how good my thumb felt and then it happened, she started to cum. It was as intense as my wife's first orgasm earlier and I could feel the muscles of her sex quivering and contracting around my cock and even her anus muscles squeezed my thumb with her uncontrolled lust.

I was surprised I was still holding my own orgasm in with the intense sensory overload, but I kept pumping into her as she shook for at least a minute and a half. Finally she collapsed making my thumb and cock pop out of her and making her gasp from the sensation. As she lay the recuperating I watched as her husband began pounding even faster into my wife making her face turn purple as she was now into non-stop orgasmic overload. I began to stroke my own shaft needing a release when I felt Lynn's mouth wrap around the head and when I glanced down she was looking up at me with bright eye's that where shining with her pleasure. I release my hold on myself and instead caressed her hair as her mouth worked its magic. I warned her I was close to Cumming and she pulled away just long enough to tell me she wanted to taste my cum. As she took me back into her mouth I watched as Pete came for the second time only this time in my wife's mouth. I slid my hands down the side of Lynn's face reaching as far down as I could until I could just touch the top of her breasts and tease her nipples. They were so hard, like little pebbles and I rubbed them as I felt my balls start to tighten. Lynn must have felt it too for she pushed her face all the way to my pubic hair putting my cock into her throat and I began to cum. I must have shot 10 squirts into her demanding mouth and she never missed a beat. Finally I pulled back giving her a chance to breathe again and she smiled up at me saying "Mmmmm, that was so good. Thanks for giving me such a fantastic wedding present."

She wrapped herself up in the blanket and I put my pants back on while we watched the guys go for another 30 minutes before they were all exhausted. Jeff and Lynn offered the use of their shower for Kathi to clean up and the boys all told me I had a hot assistant as they dressed and left to their own rooms. Once we got home Kathi slept for 12 hours and was smiling all day. I can't wait till tonight! 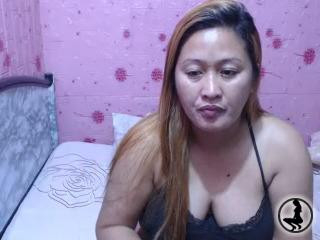 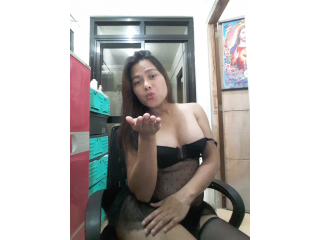 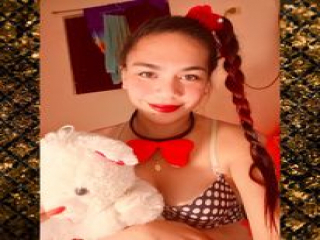 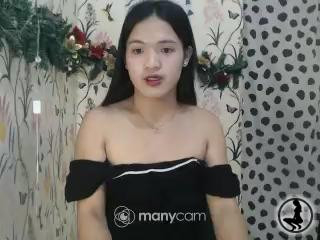