I couldn’t believe how lucky I got when my sister-in-law Sherry came to visit her sister (my wife, Cara). Sherry’s single and Cara is her only sister. I was feeling a little down at the time as I was unemployed and upset with myself for allowing myself to get out of shape and pack on some extra pounds.

One morning while Cara was at work, I was lounging around on the living room sofa in a t-shirt and shorts when Sherry came into the room wearing gym shots and a t-shirt, complaining her feet were bothering her.

I offered to give her a foot rub, which she accepted. We made small talk while I massaged her feet, occasionally sliding a hand up to massage her calves as well. She just smiled and said the massage felt good, not commenting on my hands roaming up above her ankles.

I offered to massage the rest of her legs and she said that would be nice. So I draped her feet over my legs while sitting next to her (she was laying down) and proceeded to massage her thighs, making sure my fingers stopped at the bottom of her shorts. Although I had the hots for her, I didn’t want to get her pissed off and tell Cara that I was attempting to make a pass at her, so I was very careful with how high up her legs my hands went. However I did notice that she had her eyes closed a big smile on her face.

When I finished she said “that was wonderful, do you think you could massage my back?”

I responded “Sure” and she asked would it be easier if she was bent over leaning on a table or flat on her stomach on the floor. I responded with bent over the table.

As we got up Sherry’s foot brushed against my cock. Despite the fact that she’s never shown any interest in me I had to wonder if it was accidental or intentional. Soon I was giving her the massage, keeping my hands outside the t-shirt for fear of her telling Cara I made a pass at her. As I massaged I realized she wasn’t wearing a bra as there were no bra straps in the way of my hands.

After 5-10 minutes she said to me “maybe this will make things easier for you” and proceeded to take off her shirt bringing those beautiful 36Ds into view. I stared for a minute and felt my cock begin to get hard. She just chuckled, winked, and said “You’re married to my kid sister, don’t get any ideas.”

However I did get an idea and decided to throw caution into the wind. While continuing the back massage I would let my fingertips “accidentally” go under the waistband of the shorts to I was brushing them against the top of her ass, making it seem like it was part of the massage.

I felt myself getting harder the longer she was bent over in front of me and topless. Then she shocked me by asking “if I said it was ok for you to make a move on me, what would you do?”

She responded “that’s good, but I’m sure you can do better. let’s see what else you’ve got”

So I continued the massage for another minute, once again pausing to caress her breasts while my hands were on their way down, but this time I didn’t stop at the top of her gym shorts, I proceeded to pull them down to discover that she was naked underneath. I then used two fingers to gently massage her clit, and brought the other hand up to massage her breast. I leaned into her and asked “is this better?”

With that she sighed as she reached back and pulled out my cock stroking it gently and said “does this answer your question?” I told her it did and hurriedly took off my own clothes so I was naked as well.

Then I stepped up right behind her and started to massage her ass, pulling the cheeks apart every so often while she continued to stroke me and caress my balls. But I couldn’t resist those magnificent breasts so I stood her up and turned her around so we were face-to-face. We shared a passionate kiss – our tongues intertwined Then I moved my mouth down and started sucking on the breasts one at a time, nibbling on the nipples while right hand was busy alternating between rubbing her clit and sliding two fingers slowly inside her

All the while she was slowly stroking my cock and caressing my balls with a perfect touch. Every few strokes she’d pause to spit on her hand to make sure this prime hand job was a wet one.

After a good 10-15 minutes I said “do you want me inside you” to which Sherry whispered “yes”. I turned her around and bent her over and slowly eased my wet, aching cock into her tight, wet pussy.

I leaned forward to grab her breasts and held onto them as I pumped into her for several minutes alternating between quick, hard thrusts and slow pumps. She was moaning softly saying how good it felt.

I pulled out and said “you might like this better” and held her ass, spreading her cheeks apart as I slowly slid my pussy-juice lubed cock into her tight ass.

She groaned “yeah baby that feels so good” as I inched my way in. Once I was all the way in, I grabbed her hips and started pumping into her hard and fast. I was trying to go faster and harder with each thrust and she kept perfect time by bucking back against me, making the sound of our bodies slapping together even louder. She was rubbing her clit hard while I fucked her ass.

As we slumped forward, our sweaty bodies pressed together, I reached forward, grabbed her tits and pulled her upright against me and said “That was fantastic, but we can’t tell Cara about this”

Sherry said “Maybe we won’t, but you did disappointment me”

Sherry said “With all the attention you were paying to my tits I thought for sure I was going to get to see you shoot your load all over them.” and with that she brought a nipple up to her tongue and licked it.

I said “sorry about that”

Sherry said “I’ll forgive you, however keeping it a secret from Cara will depend on one thing.”

Horrified I asked “What?”

Sherry gave an evil smile and said “You have to fuck me that good anytime and anywhere I want the rest of my visit.”

Little did I realize how often she’d want it (to be continued...) 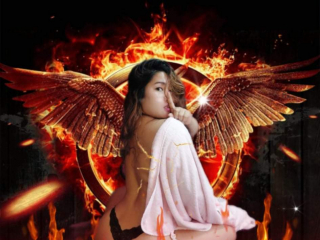 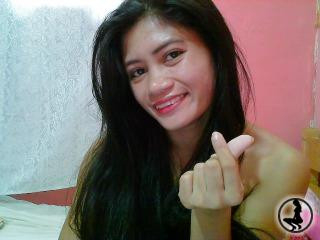 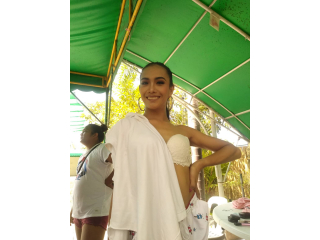