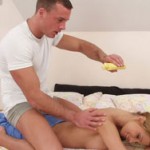 “So tell me, how did you get my name?” asked Sergio while he was in the process of setting up his massage table.

“I got it from Donna Atkins, she says you come very highly recommended.”

“Well, I’ll thank Donna next time I see her,” Sergio replied smoothly, as he finished up snapping the last table leg into place.

“Now tell me, what kind of trouble are you experiencing?”

“Uh, it’s my back, mostly,” Sami Winthrop replied. “I have a lot of stiffness in the morning when I try to bend over.”

“Mmmm, I see,” he replied thoughtfully. “I’m pretty sure we can help you with that. If you would please disrobe and climb up on the table we can get started.”

Samantha knew that she would be removing her clothing, but when it finally came down to it, she couldn’t help but be a little bit embarrassed by it all. She shyly turned her back to Sergio and slipped out of her dress, panties and bra.

After she was safely on the table, Sergio covered her from the waist down and gently began manipulating the muscles in her shoulders. “You’re very tense here,” the young man said softly while kneading her deltoids. “I should think that with a couple of sessions a week we should be able to get you up back to snuff.”

The strong soothing hands felt wonderful on her body and, when Sergio squirted warm oil into the small of her back, she sighed happily. He worked in silence for the next ten minutes, the room quiet except for the soothing jazz coming out of his portable CD player.

His hands worked on the area just above her waistline and he asked softly, “Is this where you’re stiff?” She murmured her assent. As his fingers pressed firmly into her lower spine, she flinched a little as a small stab of pain shot through her lower back, but almost immediately the pain was replaced by a nice soothing warm sensation that seemed to radiate all around the painful area.

“Oh my,” she sighed, “that feels so nice! My back hasn’t felt this good in years.” He kept the pressure on, working his way around in little circles, until she felt him slide the sheet down below her bottom as he began to work lower.

Sami Winthrop was very attractive, but even so, when Sergio exposed her bottom, she was more than just a little nervous. She tensed up as his hands began to work their way around her ass, but after a few minutes she began to relax and enjoy the sensation of having a very hot guy feeling up her tush.

“Madame has a very nice body,” he offered while continuing the massage. “Very nicely proportioned.”

She felt a shiver run through her as his hands worked their way into the crack of her ass, and when he gently forced her legs apart, she offered no resistance as they moved down into her crotch and began working on the inside of her thighs. “Donna was right,” Sami sighed to herself. This young man did indeed have magic fingers.

As he worked up and down her thighs, she moaned softly as the back of his hand continually bumped up against her now very aroused pussy. His hands would work all the way down to her calves, and then slowly move all the way up to the top of her thighs where – without fail – he would rub all over the outside of her crack.

“How does if feel?” he asked softly. “Is Madame satisfied with the treatment?”

As his hand again bumped up against her pussy, he asked softly, “Would Madame care for a more, shall we say, intimate massage?”

Her pussy was now dripping like a leaky faucet, and even though she knew she should just say no, she heard herself say, “Whatever you think is best, Sergio, I’m completely in your capable hands.”

Now the pretense of an inner thigh massage had been thrown to the four winds, his experienced fingers began gently probing her sex. Almost involuntarily she let out a long low moan and whispered, “T-that feels absolutely wonderful, oh please don’t stop.”

Very quietly he said, “Why would I stop, if it brings you pleasure? I will be more than happy to continue.”

A shot of warm oil directly into her crack brought another moan, and as his fingers became more insistent, she spread her thighs even farther apart, lifting her hips and giving the young masseuse even better access to her now drooling cunt. The tension in her pussy was now becoming almost unbearable, but – much to her consternation -Sergio suddenly stopped his probing. “I have a very special appliance for situations like these, is it okay if I use it?”

Now almost delirious with pleasure, Samantha babbled, “Anything you want, just please hurry up, I’m about to lose my mind.”

“Jesus,” she moaned. “What ever you’re going to do just do it, I’m fucking going crazy here.” Taking his left hand, Sergio opened the folds of Sami’s outer lips, and just like that, slowly sank the huge sex toy deep inside of the middle aged woman’s cunt until all eight inches were buried to the hilt. It was lucky they were on a fairly isolated lot, because the second the big dick entered her, Sami gave out a long loud scream that threatened to shake the pictures right off the walls.

“Is it uncomfortable for Madame?”he asked softly. “Would you like me to remove it?”

Slowly at first Sergio began moving the thick cudgel in and out of her red hot pussy, and seeing that he was in need of more intense manipulation, he began increasing the frequency of his thrusts. At the same time his other hand remained busy, rubbing her ass and her clit.

He rapidly pumped the sex toy, his fingers working wildly on her clit. An express train-like orgasm rocketed through her pussy, leaving her a shaking mass of quivering fuck flesh.

As the effects of her orgasm began to wane, a low gurgling sound escaped her lips while Sergio gently massaged her soft bottom. “Was that as good as was expected?” he asked.

“Oh, yes,” she said with a sigh. “Donna said you had a way with women… and that would be an understatement!” It took a good ten minutes before Sami was able to climb off of the table and collapse on the sofa next to the portable massage table.

“So,” Sergio asked while putting away his equipment, “how does your back feel now?”

“You know,” he shot back with a sly smile. “Remember your lower back pain, the reason you had me come over?”

It finally dawned on her and, with a embarrassed smile. she replied, “Oh, yes, my back, it feels once hundred percent better, thank you for the ‘treatment’.”

“How many more ‘treatments’ do you think you’ll need?” he asked playfully.

“I’m not sure,” she replied while cupping her breasts absentmindedly, “what do you suggest?”

“I don’t know,” he replied doubtfully. “I think we better schedule you for at least two appointments a week for the next six months, is that all right with you.”

With a cheeky smile she replied, “Better make it a year, you know how tricky backs can be!”

You might also like:
The Masseuse
The Steaming Diamond
DairyLady22 Waiting to milk you tonight!
Re-enabled Cam Domains
10 Best Sex Positions For Getting Pregnant
Views: 11,610
www.asians247.com Live Cams Girls 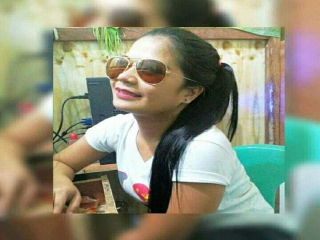 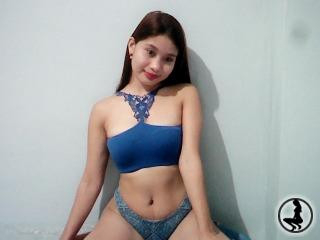 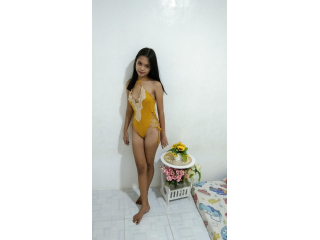 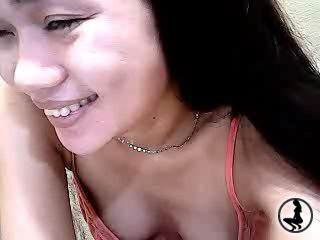